Sparkly Friends and Emeralds in the Lava

We are fortunate to have many mutual friends from high school, and even more fortunate that in the last 10 years we've been able to spend a lot of time with several of them. Mostly we see them at the annual reunion in Laughlin, NV, but more and more there are additional opportunities.

This weekend was one of those great opportunities. We found out in May that Polly would be singing in a national talent contest at the Tropicana in Laughlin, and we made plans then to be there. She and her partner, Buddy, came from Gillette, WY, and her brother, SIL, sister, BFF, a couple cousins, and Bill and I joined them on Thursday.

We have made that Interstate 40 drive to Laughlin dozens of times - usually between April and August. Never have we seen it so green! Grass green. Creosote bushes in full leaf green. Vegetation at the edge of the freeway green. Top of the mesas and hills green. 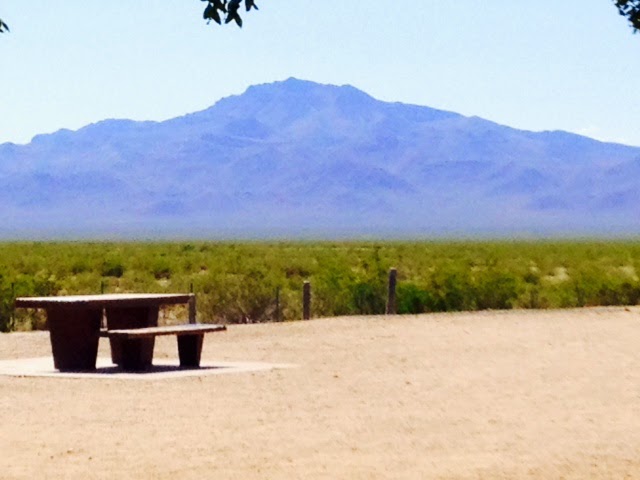 ﻿
There was even standing water near Fort Cady, and signs of serious flooding under, over and around the highway. Wow! Those storms dumped a ton of water in a very short period of time - it must have been incredible to witness (and very dangerous).

Polly's solo performance was on Thursday afternoon with a long break until her duet around 10 PM. Her goal was to make the top 20 and sing again on Friday. Saturday the top 5 would compete for the big title. After hearing her sing we were certain she would reach her goal! Polly is very talented, and looked beautiful in her sparkly dress :-)

We made good use of our time between Thursday's performances by watching the big screen NFL game at the casino bar. It's been a long time since we've watched a game outside our living room, and it was a blast! I'm not sure the Buccaneers would agree, as their 58-14 loss was pretty painful. Fortunately we were rooting for Atlanta.

Half the scheduled duets sang that night, and Polly and Mike definitely got my vote for the best. We headed back to our room at the end of the competition.

Friday morning we slept until 9:00! A good breakfast and we headed up to watch more of the competition. Because Polly made her goal of the top 20 and was singing again around noon! We saw most of the top 20 male contestants, and then most of the females, including Polly. Even in the top 20 she was a real stand-out.

Most of us left the casino and had a good Mexican lunch down the road. Then, unbelievably, Bill and I went back and took a 2.5 hour nap! Guess we needed it :-) Took our time getting ready, and met everyone across the street for dinner at The Pint.


We had eaten there  several times in April, and once again it did not disappoint. Great brew choices and our food was very good. The pale ale is tasty, but we enjoyed the Jackass Stout.

After dinner we joined what is a tradition for the rest of the group: slots-by-committee. Everyone puts in $20, and then a slot machine is chosen. The first $1 machine kept us entertained for a little while, the second and third were a bust.


Then we found a flashy penny-slot machine near the back of the casino and spent two hours on $40 having an absolute ball taking turns (in order, no less) playing (pushing the button or pulling the handle).


Every time we won anything we cheered, but for those few big ($30-$65) wins you would have thought we'd won the $1M jackpot! Several times other patrons stopped to see what amazing winnings this very loud group was raking in.....they didn't stick around long when they saw the reality of our amusement.

Sometimes those cheap and easy nights are the very best!

The heavy cigarette smoke finally did me in, Bill took pity on me, and we headed back to our hotel around 11:30.

Polly didn't expect to make the top five for Saturday, and she was correct. So after sleeping in again we decided we would head for home. We wanted to take our time, stop and see the beautiful green desert along the way, and not miss any football on Sunday.

We caught up with the group back amongst the slot machines (they all said they had not been there since the night before), and said our good-byes. We will see all of them again in April, although we hope to be staying in our rig at the RV park rather than at the casino :-)))))

There were clouds when we left Laughlin, and they built up more as we headed West. It made the green valleys even more spectacular. Photos just didn't do justice to the views we were enjoying. We made a couple stops to take pictures and just walk the desert looking for critters. A couple lizards and several tracks, but nothing else. The amount of grass in some of the gullies was over a foot tall! 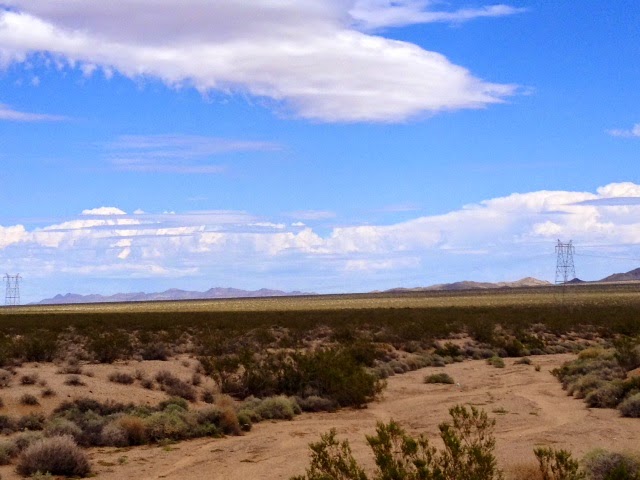 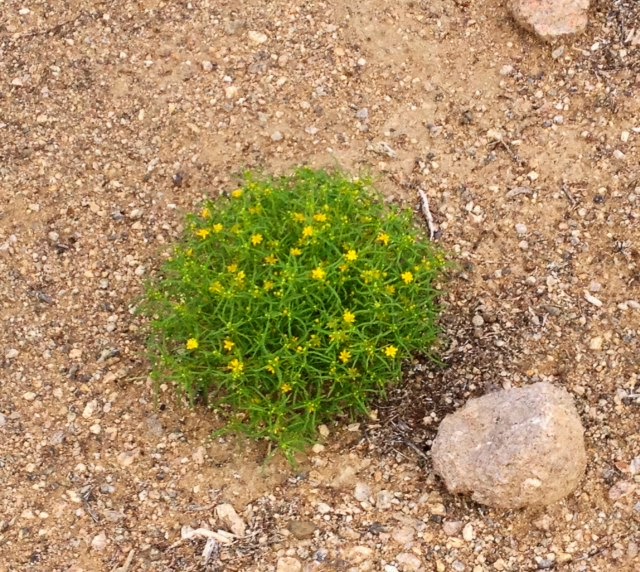 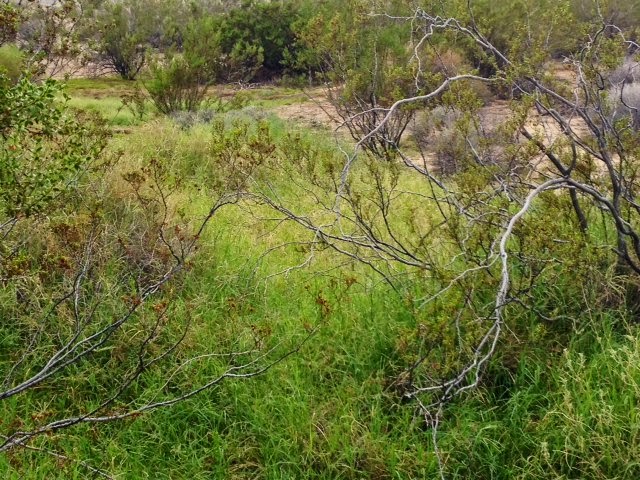 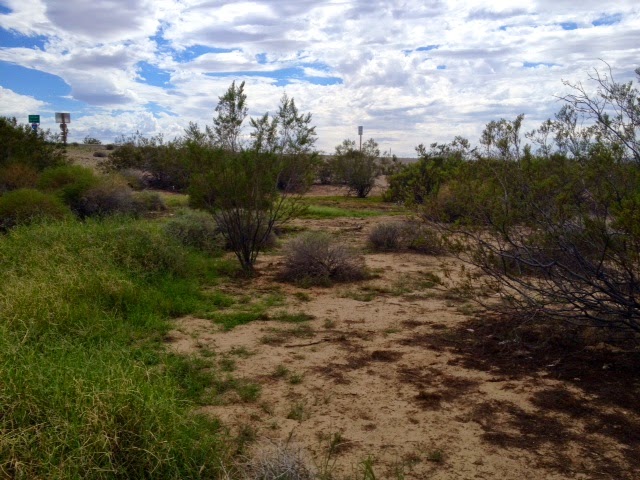 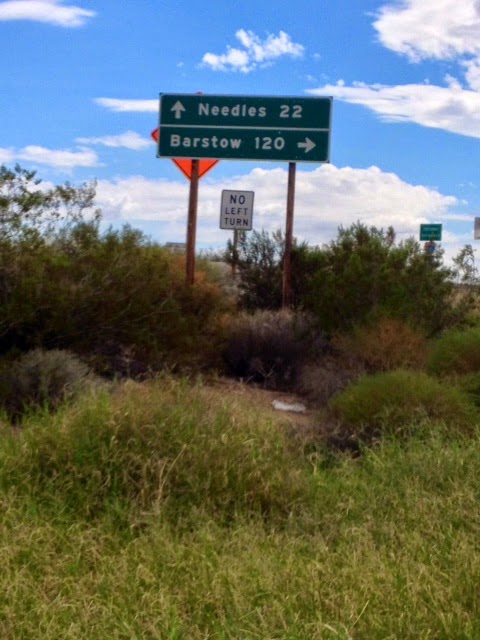 The next valley was not nearly as green, looking more like the desert we grew up in. We pulled off at the Kelbaker exit and found a dirt road that went behind a small hill. There we found a perfect boondocking location! There was a little road noise, but it was completely private with views for miles in three directions. We would love to come back with the rig and explore more of the area in the Jeep over a few days. 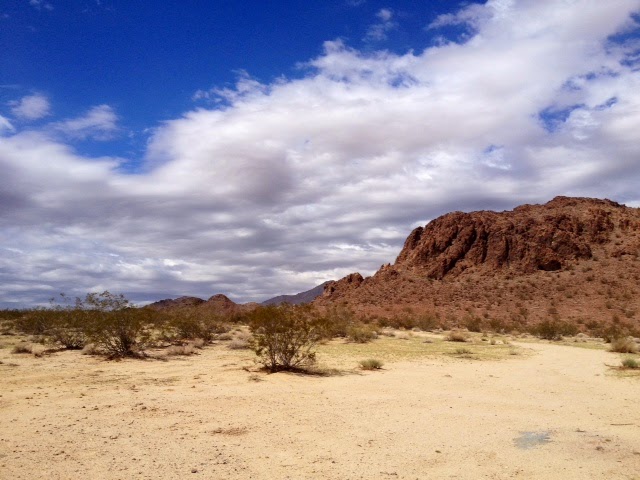 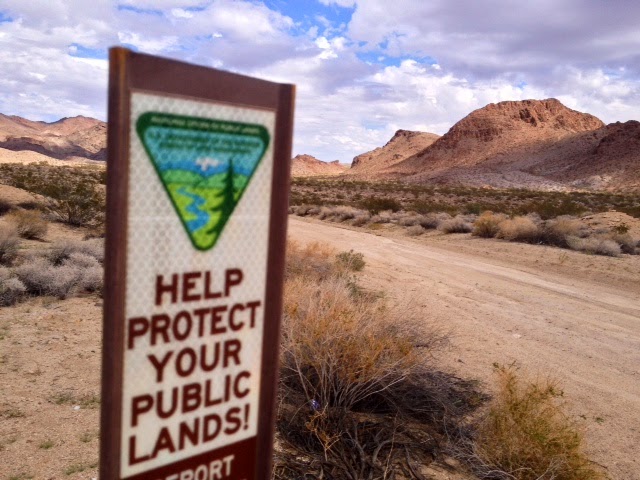 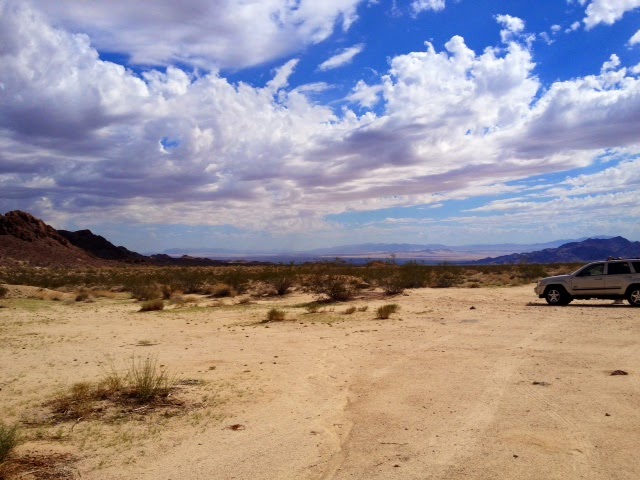 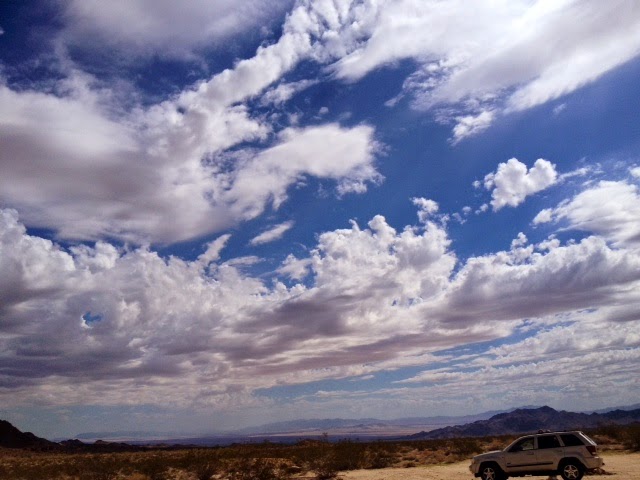 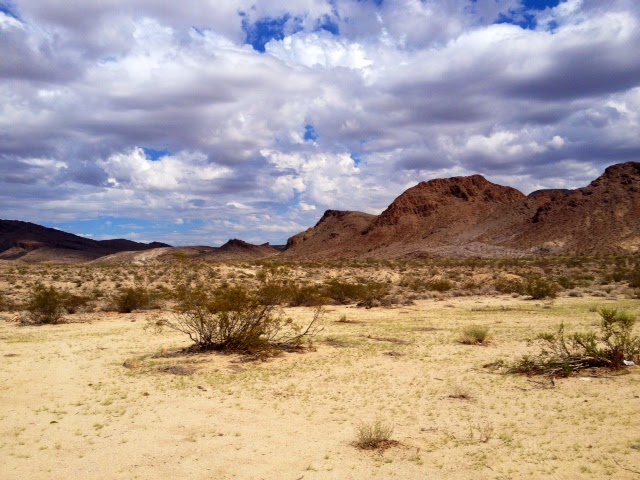 Near Amboy, CA, there is a large bed of black lava. We've seen it many, many times. This time however, it was very unique. The bright, rich green brush looked like emeralds embedded in the lava. Again, the photos don't truly capture how incredible and unique the combination really was.


At one point the clouds did finally produce some rainfall. If you look closely on the rear view mirror, you can see one of the ten drops we got near Essex, CA. That was it.

We finally found Peggy Sue's diner! I remembered it was by the freeway - but not that it was Interstate 15 and not Interstate 40! Geez!

Had a good lunch with good service, and then we were ready to just be home. We are sure looking forward to having home with us all the time :-))))

Pulled in the driveway about 6:00 and were greeted by a very happy, and bouncy, fluffy dog! Brian had not left for Irvine yet so was surprised to see us home a day early. Of course he was happy as well. Perhaps less bouncy though.
Our next few weeks are very busy, including the big RV show in Pomona. I guess the time is moving more quickly now.