From a Hot Spot to the Coolest Place We've Been

We knew when we left our wonderful spot at the harbor of Bodega Bay we were moving inland for our next stop. Still traveling Hwy 101, but the stretch from Santa Rosa to Garberville moves away from the coast.

We had reasons to stop for a couple nights in Ukiah. One was the chance for a visit with our sister-in-law, Marilynn. The other was a day trip to the Fort Bragg area.

Staying along the coast during the summer is not an inexpensive option. The Redwood Empire Fairgrounds has a year-round RV "park" with FHUs, plus showers and laundry if needed, for half the cost of every other place we've stayed.

We wouldn't stay there again, but for only one reason. Sand burrs. Everywhere. What look like small grass strips between each site are just thick patches of sand burr plants. Tessa had fifty stuck to her in a couple minutes, and we tracked them in on our shoes as well. Horrible.


And it was hot. Even though it was cooler than it had been for the past two weeks, with another week of triple digits expected when we left, the 90 degrees was hotter than anywhere we'd been - and anywhere we were going! Thankfully the ACs worked well and we slept comfortably both nights.

Our visit with Marilynn was delightful as expected. She got to see our new home, we had a decent dinner in town, and most importantly we just got to spend time together. Did I take a single damn photo? Again....no!

I did however take a lot of them the following day. Fort Bragg has long been on the top of Bill's list of places he'd want to live. We were there a couple years ago, and I had to agree with him. This visit was even more convincing as we spent time along the river, in the little town of Mendocino, and along the beautiful cliffs above Glass Beach. 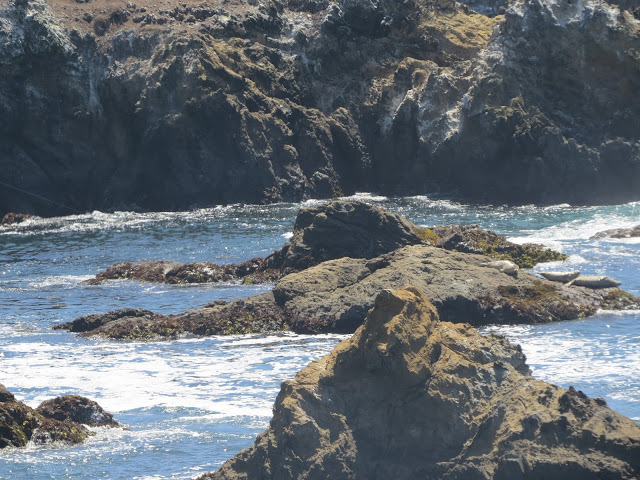 We were up early and headed north for our first single night stop. I joined Harvest Hosts when we launched and was looking forward to a stop that was both different, and free. Well, the first time pays for the membership, so I guess the next one will actually be free :-)

Eel River Brewing Company is not far off Hwy 101 in the town of Fortuna. The gravel lot with no trees behind the taphouse is not pretty, but it's level, safe and fairly quiet. The smoker at the back of the building smelled divine, but we didn't stay there for the grub. This is the land of redwoods and fishing. 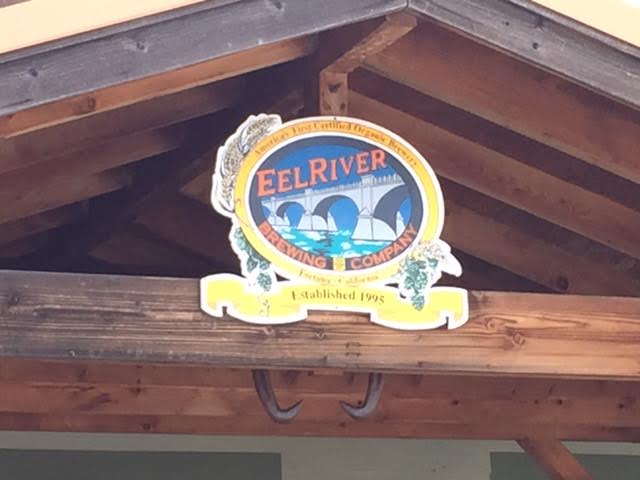 The Avenue of the Giants is 15 minutes south of Fortuna and completely took my breath away. We spent all afternoon exploring the main road; a couple small, unmarked roads that took us down to the forest floor; and the depressingly low Eel River. We stopped at a bait store in Scotia who isn't selling any because there isn't enough water for fish. Sad. Scary. 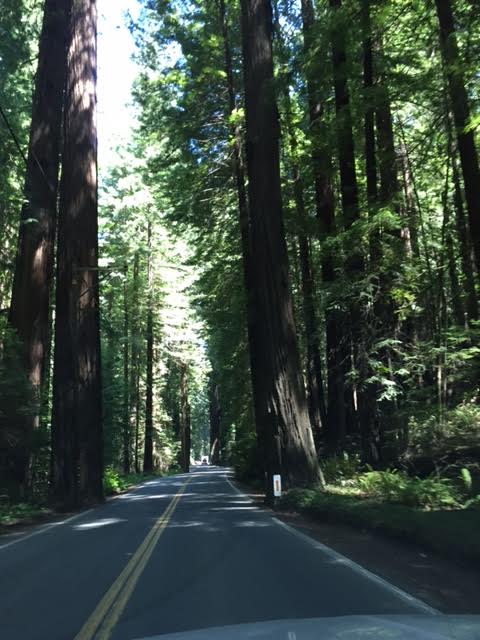 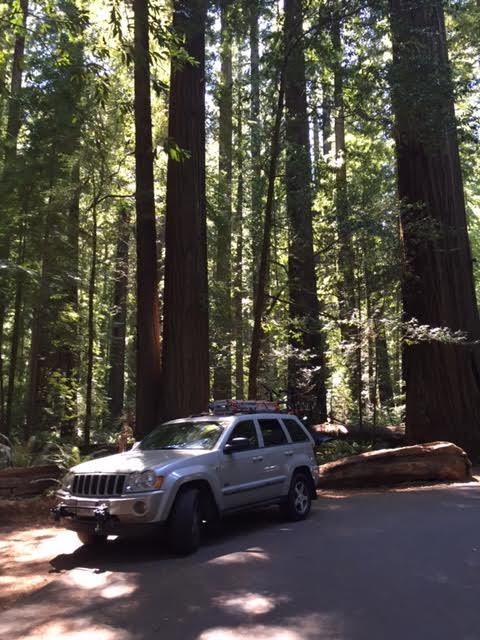 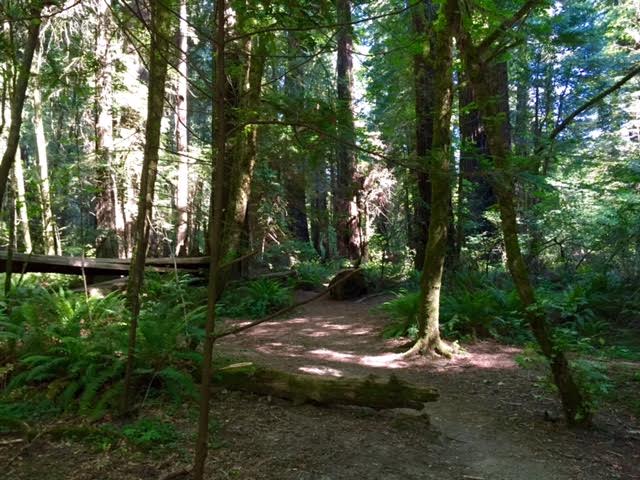 Unfortunately the eateries in Fortuna with outside dining do not welcome dogs. Including the taphouse. So I ordered our dinner to go and had to forego trying out their tasty sounding brews. The place was hopping for a week night, and the smoked BBQ ribs were very good.

With a short travel day ahead, we slept in and took our time getting on the road. Being back along the coast with the mix of redwoods and wildflowers, the scenery was mesmerizing. Wow. Why did we live in the congestion and heat of the rest of the state all our lives? I suppose it was that pesky "making a living" thing, but man am I glad we're getting to see it now!

I've seen pictures of Trinidad sometime in my past, and remember that it was beautiful. Still I wasn't prepared for the scene as the highway crested overlooking the bay a few miles north of Arcata. Thankfully we had reservations here for eight nights, because I don't think I could have kept driving. This is by far the coolest place we've been.

I look forward to sharing it with you.