Getting Stuff Done in the City After a Disappointing Geyser Visit

When we bought the motorhome we didn't know the couch folded out. With industrial-strength Velcro holding the back cushions in place, and heat ducts in the base, it never "felt" like it was "moveable".

While staying in Astoria, one of our phone charger cords got stuck in the back of the couch arm. Thought we were going to have to just cut it off and leave the other piece in there, it was really jammed tight. Instead, I kept trying to figure it out, and when I got the flashlight down in there I could see the bedframe. Wow!

Got the cord finally, and that night we figured out the bed as well. With a full size inflatable mattress and built-in blower/sucker it looked not only comfortable but easy to set up.

Jeff was our first test subject and gave the bed high marks.  I continue to look for other hidden treasures.....

Following a yummy breakfast of pancakes and homemade peach compote we all loaded in the Jeep to take Jeff back to the city.

On the way we stopped at Flaming Geyser State Park. Because who wouldn't want to see that?!

Now that you've seen the "flaming geyser" you understand why I lead with the inflatable bed.

Okay, it's a very pretty park along the Green River, and the history is somewhat interesting except that I don't remember anything except man-made and methane. After all we've seen so far I was disappointed that this is what we got to share with Jeff :-(

He did enjoy being out of the city and spending some time at the river in the forest. 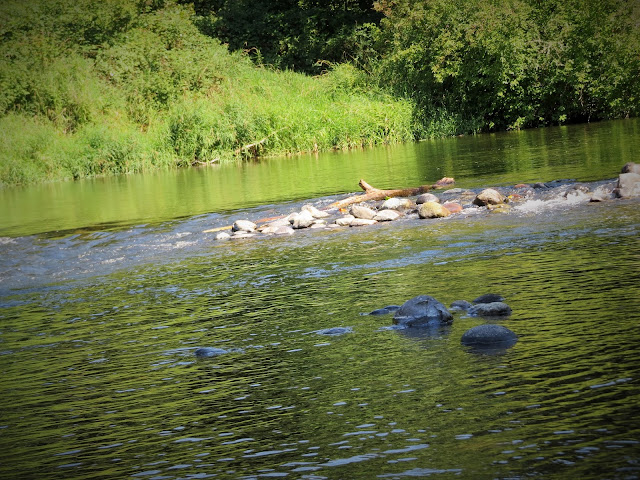 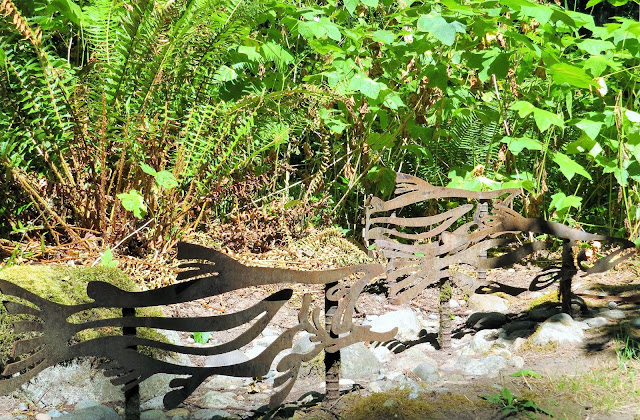 Back in the city we headed to the Capitol Hill area where Jeff works. With the recent "relocation" of the homeless from more affluent areas, the park and streets are sad reminders that protecting the environment is not our only battle in this country.

We enjoyed a delicious lunch at 8oz Burger where I actually did have a burger - so good I never paused for a photo of the food!

Like much of this area of the city, Jeff's Starbucks is in an old building with high ceilings, brick walls and wood beams. The large curved-wood entrance doors are beautiful.
﻿

Dropped Jeff off at his apartment in Madison Park (dang kid lives right ON Lake Washington) and remembered I hadn't downloaded new books on my Kindle. With no internet at the site, this was critical!  Felt pretty stupid when Jeff came out a while later, headed to meet some friends, and we were still sitting in the driveway. Old people.....
Thursday was our go-to-Tacoma day for Camping World and Bass Pro Shop. On the way we stopped in Eunumclaw (love this little town) for breakfast at The Kitchen. A tiny spot downtown, the food and service are great, and they make a wonderful cup of coffee!
Camping World was nearly a bust with zero help available in the service department without making an appointment. Bill did find the do-hicky he needed for the water hookup on the rig, but the store felt weird and I had no desire to look for anything else.
Bass Pro Shop however was a big hit. Both visually and on the checkbook. If you've been in one you know that they are more than a store. From the salmon aquarium to the display of local fauna overhead, to the plethora of sporting equipment, to the large restaurant, it was very impressive. 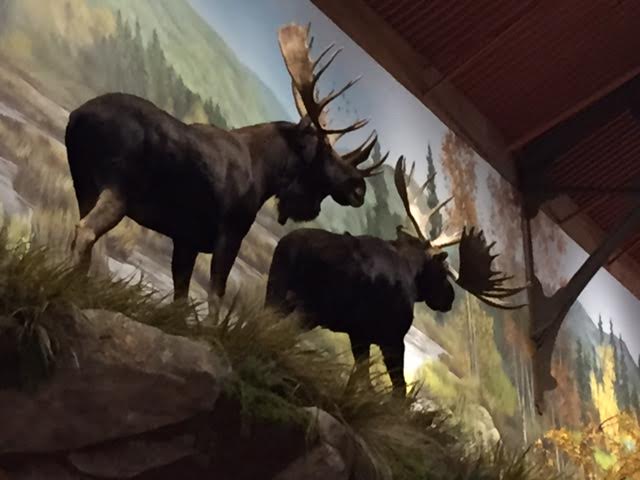 ﻿
﻿
Bill was able to find everything he needed to complete his fishing set up. For now. You're never really "done".

I really like this area southeast of the city, which is a good thing as we moved less than 30 miles to our next stop where we'll stay put for a couple weeks.