From parched and dusty to soaked and flooded – we do NOT mess around here in California!  SoCal is keeping up its practice of extremes with downed trees, mudslides, neighborhood evacuations, and multitudes of car accidents.  And although we are experiencing the worst drought in centuries you can bet the vast majority of all this wonderful precipitation is rushing down the concrete Los Angeles River and into the ocean…..leaving behind very little relief.   I’ll never understand our pathetic water management in this state, and yet I remain hopeful that some brilliant earth-minded college student is figuring it out as we “speak.”  They better be quick because the reservoirs are at 15% and the Colorado River tribes are going to cut us off.


Drought or not, we seldom get enough rain to ever get sick of it.  It sounds nice here in town, but when it’s raining I want to be either on the coast or in the desert – actually I want to be in those places when it isn’t raining too – but I love watching a storm cross the plains, valleys, ocean. Seeing that dark wall of clouds and moisture and wind moving toward you, smelling it before feeling it, then feeling its power overtake everything around you……incredible!


Living in the desert most of my growing-up years I remember storms being such a big deal.  We would pile into the truck and head out to a small rise where we could see 50+ miles in three directions, and watch the power move across the valley.  A one-time funnel cloud sent us hightailing back to the house and not long afterwards two of the Cessnas at the little private airport were destroyed.  One storm brought snow and ice and turned our brown home-world into a completely different planet of white.  For some reason I don’t remember (if I ever knew) the big sprinklers in the park were on and their 12 foot high spray froze in the air.  One of the creative moms sprayed food color on them and 50 years later I can still see the wonder of those ice sculptures in our little desert park before they melted the next day.  Winds were crazy and there were many that brought very dangerous dust storms with zero visibility.  Coming home in the dark from a monthly 90-mile grocery run with my best pal and her parents we got caught in one on the two lane highway.  It was terrifying when her mom had to walk along the side of the road with one hand on the passenger door window while feeling along the edge of the blacktop with her foot to tell where the road was and direct her husband’s steering.  The sand on the side of the road was soft and deep and if we had pulled off we would have been stuck in seconds.  It was the sound of the metal sign banging in the wind that led us to our turn off for home.  There were other bad dust storms but fortunately none I spent on the road – and I don’t ever need to experience another one!


I only had to see one storm move in from the Pacific Ocean to know that they were as powerful and magical as those in the desert.  Partying with other twenty-something year olds at a beach house and when the storm started building on the horizon we grabbed our chairs and all just sat quietly and watched it come to us.  We were all soaked and happy when we returned to the house.  Rain and wind and lightning over miles of open water…….breathtaking.


We are so looking forward to being “out there” in the weather.  Right now the sky is a weird yellow and must look amazing where it isn’t just a peek above the neighborhood.  We aren’t so naive as to think there won’t be times we’ll be trying to outrun it, or hating the cabin fever it causes, or dreading the jacks stuck in the mud…….but I believe we will embrace the storm more often than not! 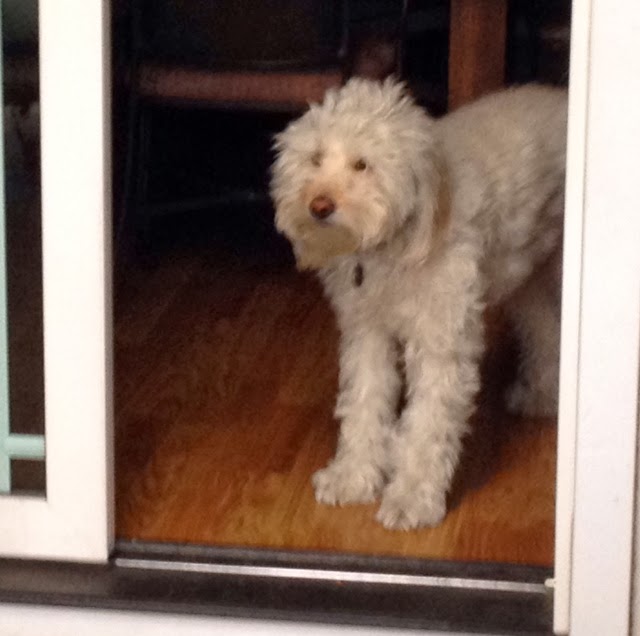 This is not the first rain we’ve had since she came to live with us.  She will go outside and do her business in the rain.  In the backyard.  In her backyard.  In private.  The rain may also prolong the return to said backyard as some of the seeds are swimming in small ponds.  Oh well, I’m sure we’ll be mowing it this summer no matter what. 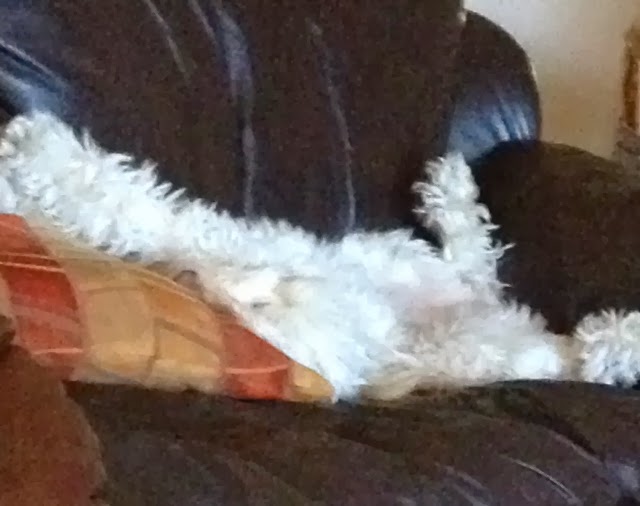